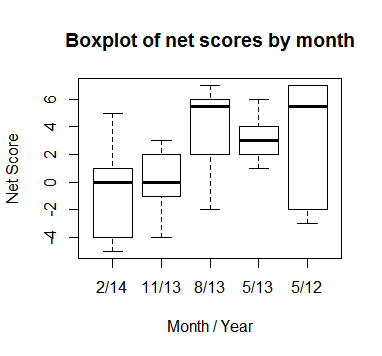 6
Cognitive Sciences self-evaluation: let's get critical!
5
Reflection on site strategy and problem prevention
4
What site statistics might indicate that our site is ready to graduate from beta?
4
When should I edit a post?
5
We have 1500+ visits per day (January 2014)
3
Let's get critical: Aug 2013 Site Self-Evaluation
4
Area 51 Milestone: Avid site users reaches "excellent" status: August 2013