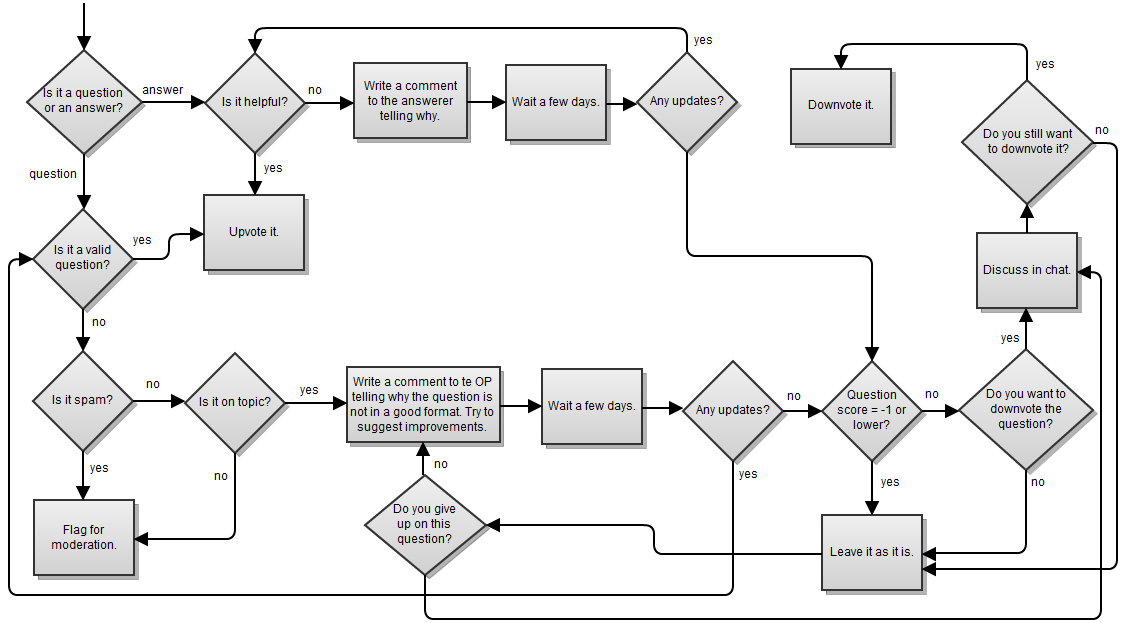 22
What level of initial research is expected on questions?
12
Cognitive Sciences 2012-2016: Community Review
11
How can we can encourage questions to show proof of initial research?
4
Refining our target audience / Question expertise
3
Citation or Link needs to be mandatory in questions
8
Sum up our research/minimal effort/whatever guideline in a sentence
3
How to deal with questions that have a perfect answer on Wikipedia?
5
Upvoting under-researched questions

11
How can we can encourage questions to show proof of initial research?
5
Over-moderation and building a userbase
4
What kind of site do we want to be?
8
Sum up our research/minimal effort/whatever guideline in a sentence
4
General strategies for converting self-help into a useful general question for this site
3
Simple tag synonym suggestions
12
Cognitive Sciences 2012-2016: Community Review
4
Refining our target audience / Question expertise
1
Which subfields should we target when trying to attract new users?
3
How should we attract new users in 2017?