We are not thriving. Are we surviving?

I just wish to express and share some of my concerns. Below a bullet list with here and there a link to an example case.

In all, I am concerned that we are not surviving according to SE's standards. I am putting a lot (too much) of my time in this site, which kind of jeopardizes my mod duties over at Bio. I am considering taking a few steps back over here and that may further aggravate matters stated above. Of course I will continue modding actively, handing flags and so forth, but I may take a few steps back in sifting through all the posts, upvoting good stuff, and answering questions, as I am not convinced it is helping this site much. Anyway, apart from that -

Are we beyond help?

I really love this site. It scares me a bit when you say something as dramatic as this. I agree, it would be great if it was more vibrant and had more experts, but the sites been ticking away for over six years now and doing good stuff.

I think what I take from this is that you've been doing an amazing job and perhaps carrying too much of the modding weight. I need to do (and will do) a bit more modding work. I've been on the mod team since the beginning (early 2012). I've been a bit more immersed in writing papers and building an academic career this last while. But this is a good reminder to get a bit more involved in the site again. And perhaps think about opportunities to promote the site to other academics and other forums. It'd be great to get a few more experts actively involved.

Perhaps we also need to think about getting one more mod involved? 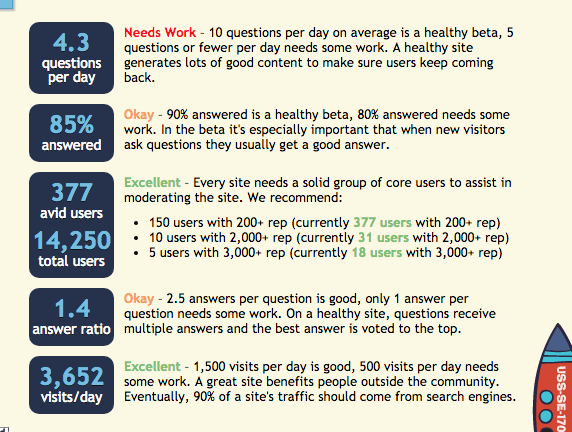 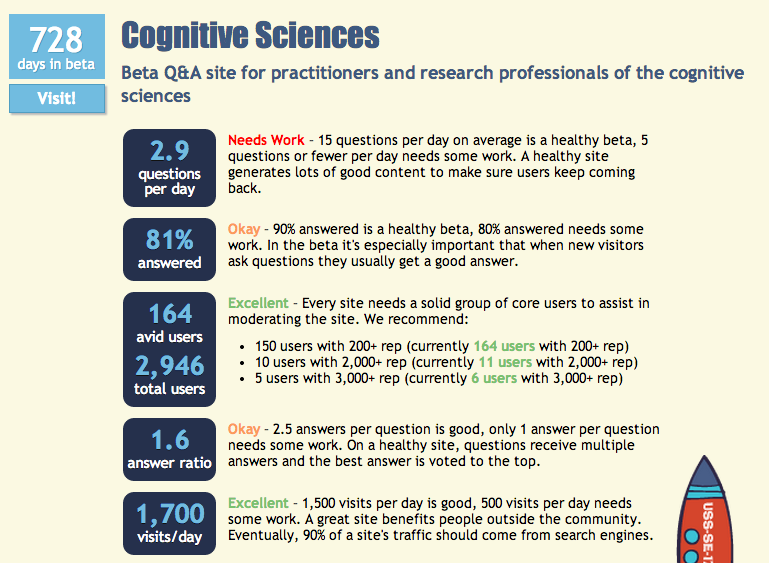 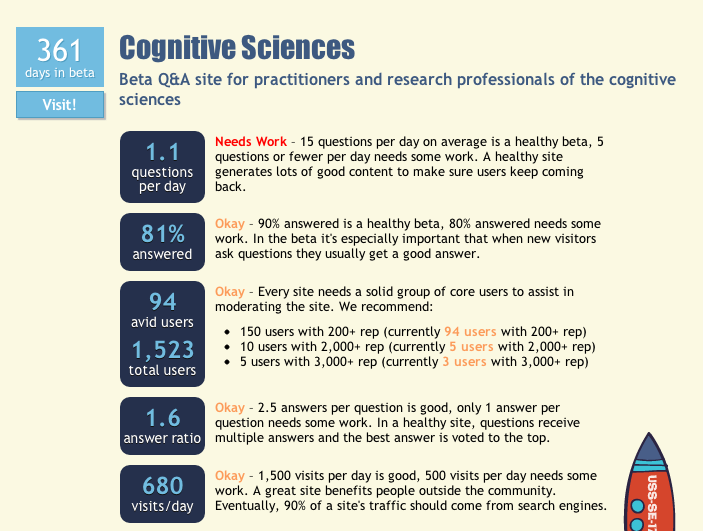 With the other two mods jumping back in (and possibly others gearing up a bit) I can already feel a big difference in site dynamics, especially the number of votes being cast. Given that unaccepted answers with less than two votes do not make it into the site statistics this is already a huge leap forward. However, this observation confirms that we are small and that a few hi-rep users can make a lot of difference (Of course many kudos to the other, sometimes super-long time hi-rep users that have been, and hopefully will remain, active).

Given the high impact I notice of just a few hi-rep users, we may consider to request another pro tem mod to replace Artem. On the other hand we risk that this site's dynamics are dominated by the mods' actions, but I would vote pro.

8
We have too many unanswered questions
6
Short term goal for June 2012: More than 2.5 questions per day
3
Encouraging voting and posting on beta
7
Is a Biologist on Cognitive Sciences SE welcomed as a reviewer?
7
What comes around - poor questions with poor answers
5
Spring Cleaning 2015: Week 2 results
12
"Flag" and "Recommend Deletion" options for answers that are merely unscientific opinions
7
New pro-tem moderator
7
Not all observations necessarily need a term in psychology